Originally Published in the February 2016 Issue of Dispatch Magazine

What most people don’t realize is that this magical, umami-laden seasoning comes in many incarnations. Most of the stuff in packets isn’t actually soy sauce at all, but a non-fermented mixture made to taste like real-brewed soy.

I bought way too many different bottles and brought them to the East Ender, where we fired up a huge pot of sticky rice on the Zojirushi cooker to use as a chaser and began shooting soy sauce from ramekins. We settled on the three best, worst, and otherwise noteworthy to assist in your buying decisions. (It’s wise to take preventative measures before tasting 17 varieties of bottled salt.)

There are many kinds of soy sauce, from thick Double Black to mushroom flavored to low sodium. We chose a straightforward style — keeping in mind that most people consider Kikkoman, from California, to be the gold standard. We found that producers from China tended towards a darker, maltier style, while those from Japan are more delicate and lend themselves well to soups. Others, like some Korean sauces, would be appropriate as a marinade. Those of the gluten-intolerant ilk will be happy to know that Tamari (made with little to no wheat) placed higher than most when it came to straight sipping (which, admittedly, isn’t something you should do with soy sauce).

Aromas of chocolate, molasses, and meat give way to a zippy, almost tannic vegetal bitterness. This is archetypal of Chinese soy sauce.

It was almost disheartening to see one of the priciest options perform as well as it did, but the rich, buttery quality of the Eden Tamari was appealing even as heavy soy fatigue set in on our palates. Very distinctive.

Though Kikkoman’s considered the generic, mass-produced standard, we begrudgingly admitted that the double fermented, which comes in a squeeze bottle, was balanced, versatile, and just a touch sweet.

Bill: “I like this old Miller High Life–style bottle.”

Joe: “This smells like the pad they put under the chicken to catch the blood at the supermarket.”

Karl: “This is like a mouthful of cinnamon and dirt.”

Dietz: “Like walking through a field where geese have shat. No redeeming qualities.”

Bill: “This is the first one we’ve all had to spit out.”

Karl: “A little fizzy; slightly better than La Choy, but not much.”

Dietz: “It says it’s shelf stable, and I’m led to believe that the bottle will decompose before the soy sauce.”

Joe: “This is absolutely repulsive, but the silver lining is their ‘double money back guarantee.’”

Dietz: “This reminds me of the frond left in the pan after browning meat.”

Karl: “I agree, a lot like bouillon in flavor.”

Karl: “Tastes like old button mushrooms smell, yet there’s a meaty quality with lots of umami.”

Bill: “This would be perfect for marinating kalbi and bulgogi.”

Joe: “This is basically alive – which would explain why it smells like lambic.”

Tags: blood pressure spikes, dispatch magazine, joe ricchio, shots of soy, too much of a good thing, too much soy sauce 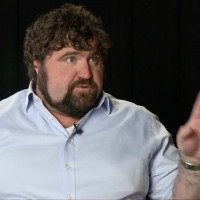