Originally published in the November Issue of Down East Magazine

Vien Dobui and Jessica Sheahan have been hosting Asian noodle pop-ups in Portland since 2013, so they had a good idea of what would resonate with local diners when they opened Cong Tu Bot with partner Joe Zohn on the East End last summer. The décor, designed by Joiya Studios’ Brad Bowes based on Dobui’s vision of a restaurant row in Saigon, is sensibly minimalist, with concrete walls awash in soothing pastel colors and accented with natural wood. Displayed prominently in the restroom is an illuminated, animated waterfall artwork that the owners describe as “suburban Asian.” The kitchen is entirely open, giving diners at the counter a front-row seat on the action at the enormous, high-BTU wok stove, which is essential for wok hay, or “breath of the wok,” the smoky, complex flavor that imbues much of the food. The place hums to the streamlined pace of a diner, with quick service and a small, consistent, well-honed menu.

“We basically want people to know what they want to order before they even come in,” Dobui says. “Most food stalls in Vietnam focus on one dish, and they do it so well, day in and day out, that you always know that what you’re getting will be just as good as the last time.” 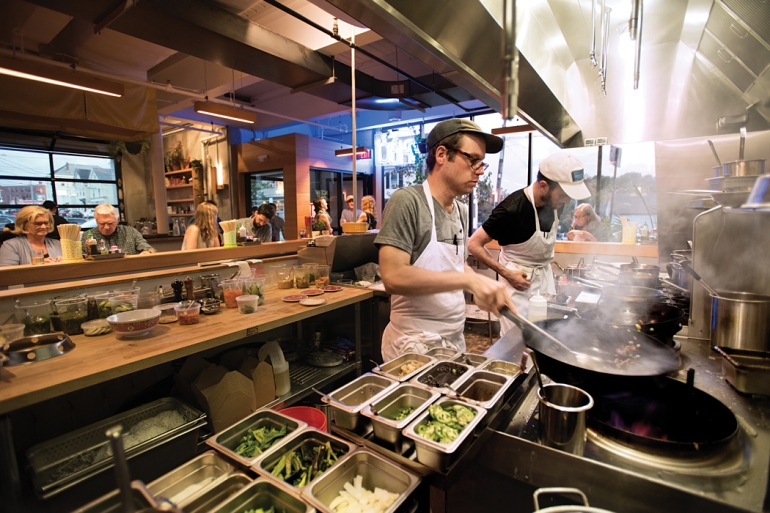 Cong Tu Bot takes that traditional street fare and gives each dish a unique spin. The bún chá, one of four noodle offerings on the menu, is a perfect example: Dobui takes the Hanoi specialty of cold rice noodles and grilled pork and augments it with ground pork patties, smoky bacon, burnt caramel, and rich, earthy mushroom powder, seasoning it with fish sauce, garlic, shallots, and sugar. Charred bits from the patties enhance the thin but intense broth, which is finished with a dab of schmaltz (rendered chicken fat) and served with a side of cucumber, shiso leaf, mint, and lettuce.

The pho gà — chicken pho — is an ode to all of Vietnam, made with the wide noodles and savory broth typically used by cooks in the north, and spices and herbs — cinnamon, clove, star anise, and cardamom, to name a few — favored by southern cooks. It’s prepared by layering the ingredients, which include two different chicken stocks, tare paste, XO sauce, and the secret weapon, schmaltz. The stock, seasoned with sawtooth herb, rau ram (Vietnamese coriander), and Thai basil, is made in a pressure cooker to coax out its deep, concentrated flavor.

Instead of ordinary vegetable broth, the cà ri chay, a vegetable curry, starts with an umami bomb of a base stock flavored with miso, kombu, fermented tofu, lemongrass, dried mushrooms, and roasted vegetables. The broth is ladled over noodles and mixed with tare paste, coconut milk, and bright aromatics like kefir lime and ginger, then drizzled with chili oil and herb vinegar (prepared from the stems of cilantro, mint, and shiso). The dish gets some color and crunch from garnishes of pickled mustard greens, green beans, snap peas, and mushrooms marinated in miso caramel and soy.

“It’s the most innovative dish that we make look very traditional,” Dobui says.

The restaurant’s most talked about dish, however, is hu tiêu xào, already known around town for its atomic spice level. Wide rice noodles, similar to lasagna, are wok-tossed with a brown sauce made from XO, fermented tofu, tamari, and fermented black beans. Finally, fresh peppers — poblano, bird’s eye, jalapeño, puya, arbol, and ghost — as well as “chili crisp” (the strained dry solids left from making the chili oil), are mixed in. The resulting dish is undeniably fiery, but so alluring that I decimated the plate despite my blurred vision and numb lips. It’s quite an endorphin rush, if you can power through the initial shock. A side of fresh cucumbers and herbs helps cool down taste buds between bites. 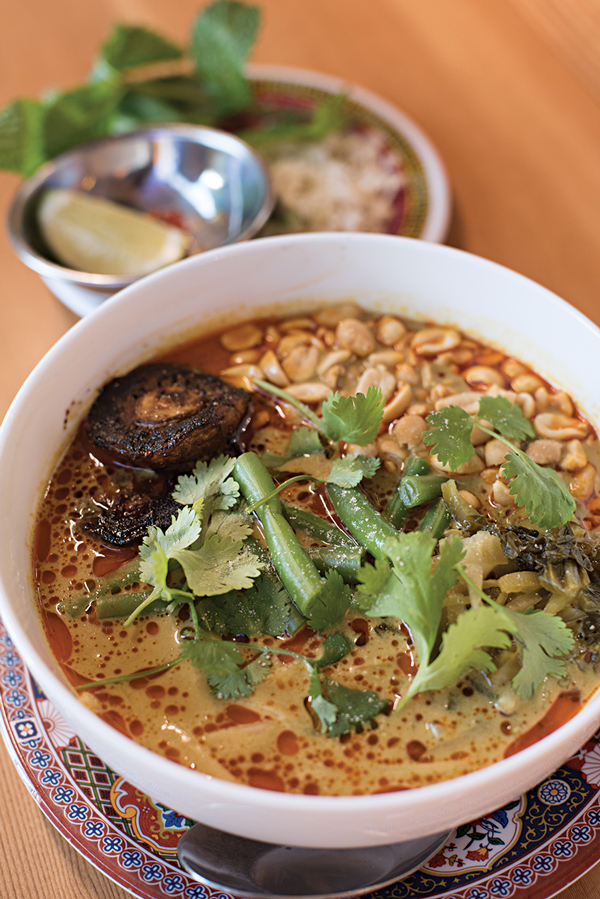 Both Dobui and Zohn make chè, a diverse and colorful category of Vietnamese desserts: Bánh pandan, a vivid-green cake made with pandan leaves, is griddled and topped with fresh lime curd and coconut whipped cream. The creamy, smooth kem flan is glazed with brown butter caramel and scattered with an icy granita made from a buttery, slightly bitter house blend of Vietnamese coffee.

And then there’s what the Vietnamese call chè khúc bach, a bowl of gelatin cylinders individually flavored with red bean, strawberry, and coconut and mung bean. It’s garnished with jasmine tea syrup and slivered almonds. “This was the chè dish that we wanted — something a bit divisive, a bit challenging,” Dobui tells me. “People have no idea what to expect. We’ve had to change the name a few times to make it more enticing. We’re currently going with ‘Jello Salad.’”

Dobui has devised a regimented system for preparation of each dish to prevent the kitchen from being overwhelmed with too many orders — and ensure a comfortable, reliable experience in the relaxed, 30ish-seat dining room, even amid the din of a busy night. The bill comes with the tip built in — not in a conspicuous, “we’re changing the system” sort of way, but because, like the rest of Cong Tu Bot, it’s just simple, efficient, and tasteful. 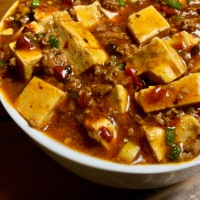 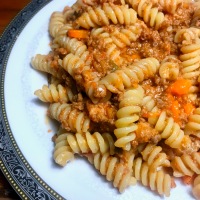 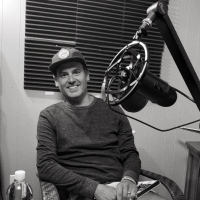 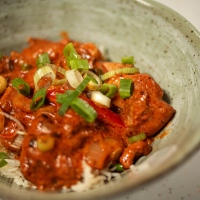 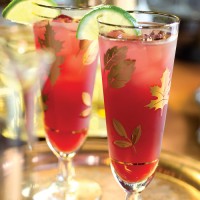 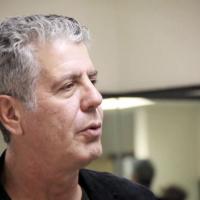 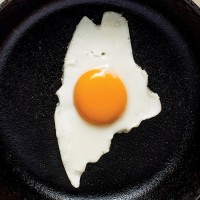 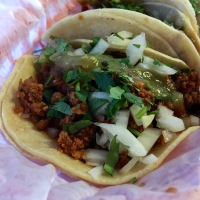 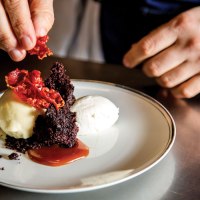